When Ian and I met we were in college and working at a summer camp in Colorado. He had come from England and I had come from Massachusetts to work there that summer.  One of the first things I learned about Ian was that he is a writer.  After camp ended, he had planned a week-long writing retreat, on his own, in Washington D.C.  I remember not just being attracted to his fine looks that summer but being truly struck that he was truly committed to becoming a writer and was taking a whole week to sew into that dream.

Fast forward 22 years,  We have three amazing children we got married somewhere along the way, we have traveled, bought and renovated houses, worked various jobs, learned so many things… but Ian still longs to be a writer.  Don’t get me wrong, he has tossed much kindling on that fire over the years; taking writing nights at Starbucks, taking evening classes on writing, telling bedtime stories to our kids every night for 5 years. Kindling is great!  It takes a small fire to the next level, it builds the fire but at some point you need to add some fuel logs or it will burn out.  Once you add fuel, and it catches, the fire is at a new level.  So what is the fuel we choose to add to Ian's writing career?  It's probably not what you would think... 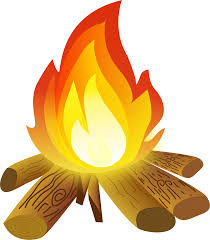 We say to the kids, “lets start a podcast with the stories daddy tells.”  Of course, they think that is great, who does not want their own family podcast but wait; who knows how to do that?  We'll figure it out.  We start watching YouTube videos, fall in love with an intro song, then life hits we decide its actually time for us to move so buying a new house and moving then takes up the next 18 months of our lives.  The podcast takes a backseat.

The fire is not out and our resolve grows to make this happen.  Side note: I have this view of things that if some people can do that thing (whatever it is) then I must be able to learn to do that thing too.  I know other homeschooling moms that have a podcast if they can do it, I can do it.  I credit the “I can” attitude to my mother who is the biggest “I canner” that I know.  So, for better or worse we set off to make a podcast!

In October 2019 we launched a Kids Story Podcast Tales From The Moosiverse based on the story saga Ian has told each night to our family.  We had no idea what we were doing.  We did not know how to record, how to edit, what a podcast hosting service was or that it existed, we did not know how to fund it or how to publicize; we just did it.

Like tossing spaghetti at the wall to see if it sticks, we pulled off the first 13 episodes having to buy only three microphones (because we broke not one, but two).  Some people learn all about something before they take the first step, they truly research it and find out all the best ways to do everything.  I have found after 22 years together that we are not that kind of people.  We tend to find out just enough about something to get started and then figure it out as we go.  I am particularly a “just let me do it and I will figure it out” kind of person.  Now I can see where my 4-year-old daughter gets her zest😊.

I don’t know what you are like when you jump into the water and really have no idea what you are doing but I have this tendency to pretend like I do.  I am that person who is really drowning, or at least struggling out there in the lake but has a smile on my face when I am doing it like “all okay over here, how are you?”

We figure out a website, a podcast hosting site—that took a few tries.  We watch endless videos on how to use Audacity and find in the end we need to get the help of an audio engineer because it just does not sound right—oh that is because you cannot drop a microphone on the floor or it does not work anymore (who knew?) .  Oh and you should never leave the microphone set up in your living room on top of the book shelf in case your children decide to have a pillow fight and ooops there goes another one….

We are getting into a grove and develop a strategy where Ian writes, Angel reads what he wrote, Ian edits, then Angel reads the story out loud to our kids at bedtime (Ian listens so he can hear how it sounds when someone else says it).  The kids give feedback, Ian re-writes, Ian records, Ian edits, we all listen to the first cut, the kids make comments, Ian records again, we double check then send it to the audio engineer to make final edits and add the music etc..  Breath and Repeat.

We set up a “recording studio” in our bedroom closet which Ian can only use when there is not a child who has decided to come into our bed and sleep; foiling the evening’s recording plans.  Ian is still working full time so recording time is limited, but week after week we somehow keep squeaking out an episode.  Then Ian gets the frog cold.  No not a cold transmitted from a warty frog he picked up in the brook but the cold that makes him sound like said frog.  That makes recording a little tricky especially when half the episode is done.  This is why people do things like plan and record the whole season before starting.  Well, per usual, we are not those people.  We muddle through with some froggy sounds but still mange to produce the episode.

We are about ¾ of the way through season 1 when a friend asks what our goals are for the podcast.  Goals?  Honestly, we had not though of it.  I guess that people would not hate it and maybe someone would like it.  We take his advice and make up some goals.  Our 12-year-old yells out 2020 downloads by 2020.  Could we do that?  I have no idea, but it sounds good.  We wrapped up the first season on Christmas eve and then took a break.  We looked at the stats on New Years Day and we had exceeded our son’s goal by quite a lot.  Wow something stuck!

We decided we needed to throw some more spaghetti.  What other dreams are lying dormant?  What if we got them out of bed, tossed them in the shower and did their hair, what would happen?  Do the dreams of a 22-year-old still get to come to life in the context of having 3 kids, owning a house, being responsible people who do practical things?  Okay, let’s scratch that last part and see what happens.  Maybe rather than being responsible and practical we’ll see what happens when we listen to that voice inside and try to take a step.

Do you have dreams that feel like they are asleep?
Do you wonder how to pursue your dreams in the midst of also being a parent?
Do you have stories of tossing spaghetti against the cabinet?

We'd love to hear them!