How a Kids' Soccer Camp Doubles as a Family Learning Adventure

Last week the sports fields two blocks away from our house were home to the eighth annual Soccer Nights program. Soccer Nights is a volunteer-led evening soccer program by Vineyard Community Offerings for kids in Cambridge and elsewhere, but it's so much more than a soccer program. When I was thinking about how to describe Soccer Nights, I found this description on their website:

Soccer Nights exists to catalyze a unified and engaged community through the game of soccer. Why soccer?, you might ask. Couldn't you put on a community event centered around, say, kick ball, or perhaps food? The answer is yes, we are certain we could (and often do). But there is something unique about soccer that speaks a sort of universal language across cultures that we think is pretty remarkable, and for this reason we’ve strived to be an excellent place for kids to play soccer.  Soccer is the most played sport in the world, with more than 265 million people playing worldwide (FIFA publication, 2006).


I think that pretty much sums it up. Basically, it's about soccer but it's also not about soccer. It's about community. And since that community just so happens to be our neighborhood, it's pretty awesome. Throughout the year we all look forward to the week, and plan our summer around it. 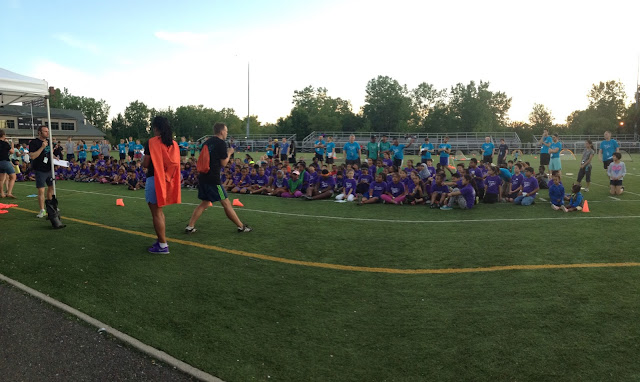 It also takes a lot of volunteers to pull off. Over 100, in fact. Many of them attend the Greater Boston Vineyard, where we've been going to church since before our kids were born. But many of them don't. Many are simply members of the local community who enjoy it as much as we do.

And what do we all enjoy about it?

Well, for our 8 year old, you might think it's most obvious - he gets to play soccer every night - except that it's not that obvious. He doesn't tend to enjoy other sports programs very much - he certainly doesn't look forward to them the way he does with this. Of course, most other programs don't put such a focus on getting to know your teammates, or watching skits by grown-ups in silly costumes, or - this year's theme - being a hero. But's that's not why he loves it so much. 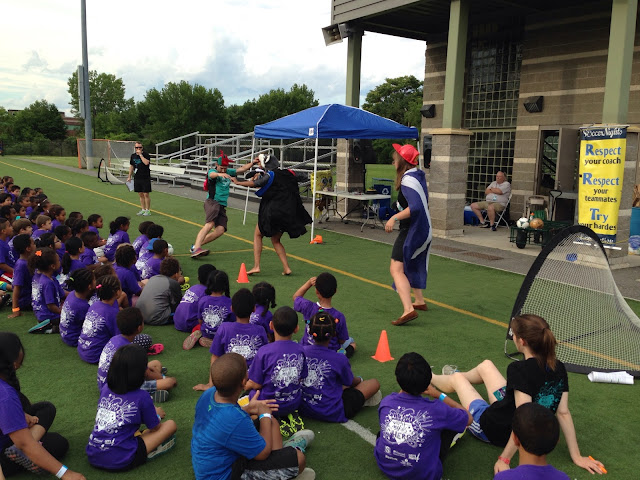 A big reason he loves it? And a big reason we all love it? Sure, it's partly because this is a huge initiative put on by our church and its community offerings wing, but I think the main reason is even simpler: It's because the whole family is involved.

While the formal program starts at 1st grade, there's an area for 3-5 year-olds with informal soccer fun, face-painting, hula hoops and more. Before our older son was old enough to participate in the formal program, we would go every year just to hang out there and get to see the whole thing in action. And now, we hang out there with our 4-year-old, and our 4-month-old. 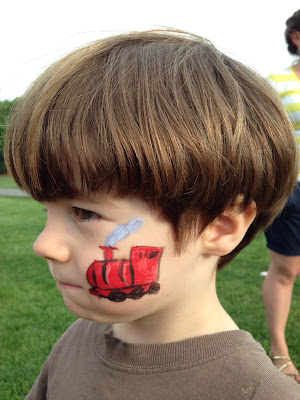 But we also take part in other ways. In the past, as well as helping with activities in the 3-5's area, we've also volunteered on the logistics team , which helps put the whole thing together (this year with my younger son's help), and helped get parents from the community involved in the parents-and-coaches games, which builds the community to be more than just a group of parents watching their kids from the bleachers. And while we weren't as involved this year as we are sometimes, we, as a whole family, had a wonderful time. 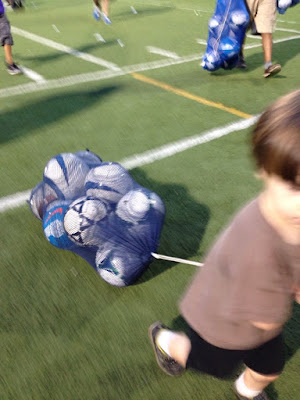 But it's only because that's how the Soccer Nights program is set up that we can all be involved in whatever degree we want to be. I wish more programs were designed to get whole families involved.

When that's on offer, and everybody joins in, that is what I look at as a Family Learning Adventure.
at June 29, 2015