Breaking My Own Rules... and Discovering Mulberries!

This week when we were walking to our weekly language club the boys and I spotted this on the sidewalk: 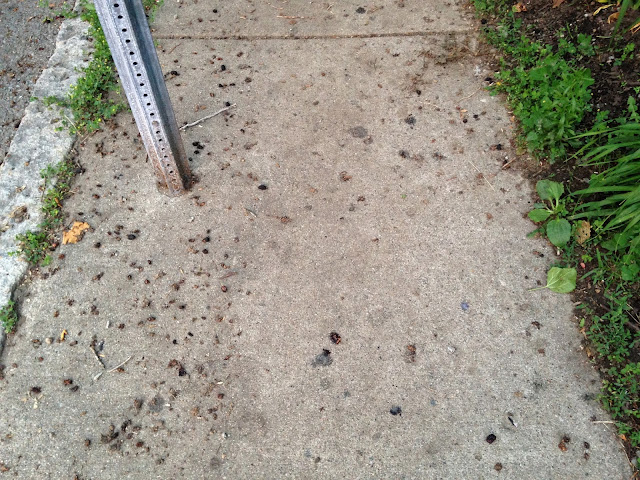 This is my go-to speech for any berry that I don't know what it is. This means anything other than wild blueberries and raspberries - I know what those are. I adopted the speech about 7 years ago when my oldest was a toddler and I wanted to make it clear what we could, and could not, eat so I classified everything I did not know what it was as "bird berries"- safe for birds but will make us sick. It was a decent rule at the time and kept things out of my toddlers' mouths.

We kept walking and went to our language club meeting. When the weather is nice, we make a real day of walking to language club, then playing at the park across the street for hours, then walking across the park to the other side to Whole Foods where we get a treat and do some shopping. Then we hike home the "long way" which means over the hill that crosses the tracks, down a street and across another park where, if we have the energy, we play again. This Tuesday was no exception. After our class we went over to the park to play with friends. While the kids were playing I got the sense that there might be more to the blackberry look-a-likes on the street and maybe my mom friends knew something about this I did not.

"What are those berries all over the street there that look like blackberries?" I asked.
"Mulberries," they both replied.
"Are they edible?" I asked.
"Yes, they are amazing, so sweet and so soft they never make it to market before spoiling so the only way to get them is to pick them from the tree".

All of a sudden my world started to open up. I started to think about all the different places in the neighborhood I had seen the purple stained sidewalks. My mom friends were both much more adept at urban foraging and knowledge of wild edibles than I. As we talked one told a story of picking mulberries and another of sour cherries they just discovered and had picked the day before and were making into a pie that day. I also remembered stories of juneberries and crab apples another friend had told me earlier. I had also witnessed 2 different people eating something from trees over the past month. I guess these earlier experiences had primed me to be ready to ask for more information in this case. To be willing to press past my protection rule to peek and see if there might be something more.

Although my "rule" may have served a purpose of keeping my toddler boys from eating things that might make them sick, it also kept us from discovering some really sweet treats just hanging in our neighborhood. Once we got over to Whole Foods and were enjoying our store bought treats I told the boys that I had learned that those berries are mulberries and we can eat them. The boys were of course excited about this. We left it there and continued our "long walk day".

After we crossed the bridge and were walking toward our second park of the day we saw it, right there on a street we'd walked down so many times, the purple stained sidewalk and a mulberry tree. It took less than 60 seconds for my oldest to climb the tree while I washed out a cup to use as a collection vessel. 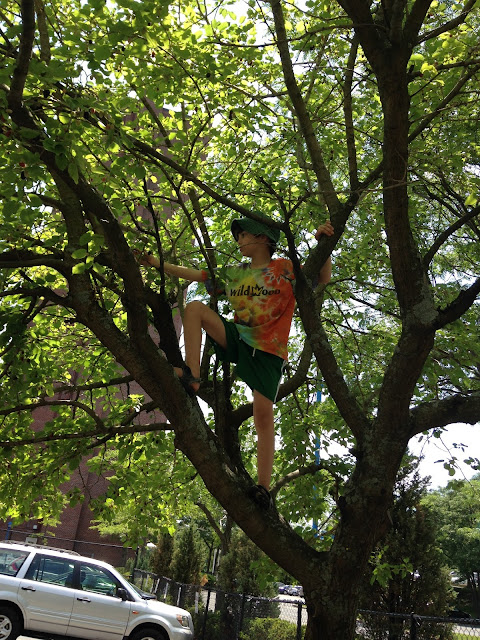 My younger son cheered us on from the stroller and sampled the first of the harvest while big brother reached out on limbs and I pulled some down to reach any ripe mulberry we could find. 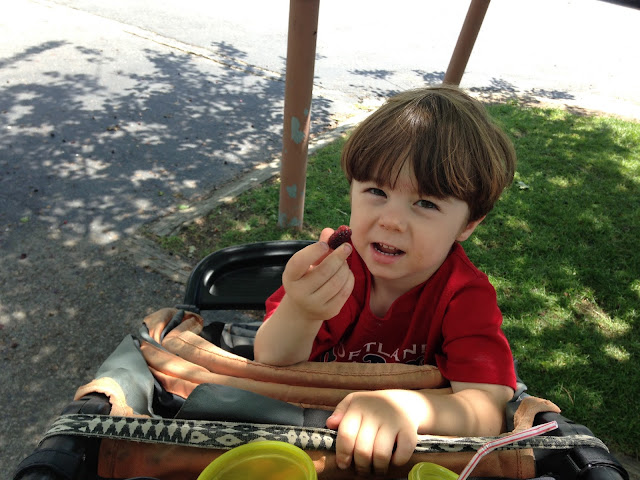 My favorite moment was when a woman walked by. For a moment I thought she would tell us off for picking from that tree but instead she reached up plucked off nice ripe mulberry and in broken English asked if it was good to eat. I smiled and said, "yes - very good." She popped it in her mouth, gave a big grin and walked on.

A rule broken, new learnings, a hidden treasure discovered, a meal shared with a stranger and smiles all around.

The boys insisted we save some for Daddy when he got home so we could all share in the new sweet treat. A Family Learning Adventure!